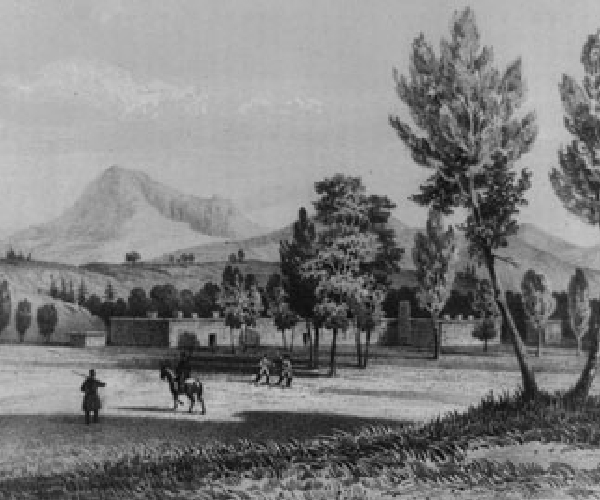 The first U.S. military post in the San Luis Valley was Fort Massachusetts. It was authorized in 1852 to provide protection from Ute raids and promote settlement with the valley. Located just south of Blanca Peak off Sangre de Cristo Pass, the fort saw some action as the cavalry based there engaged in battles with the Utes and Jicarilla Apache. Abandoned in 1858 due to isolation and poor drainage, it was replaced by Fort Garland, six miles farther south.

Built by many local Rio Culebra settlers, who served as laborers, Fort Garland was built of adobe. Named after John Garland, commander of the New Mexico Territory at Fort Union at the time, it eventually contained 22 buildings. The fort’s south entrance was framed on either side by company quarters. Cavalry and infantry barracks surrounded a central parade ground on the east and west. Officer’s Row aligned the north side. Additional buildings included a commissary, stables complex, hospital, ice house, and workers’ quarters.

Army operations based out of Fort Garland covered much of Colorado. Troops participated in rescue missions and participated in many punitive expeditions against the Utes.

Between 1866 and 1868 the post was under the command of Kit Carson, famed for his explorations of the West.

In the 1860s several treaties were negotiated with the Utes to remove them from the San Luis Valley and relocate them to reservation lands in western and southwestern Colorado. Hostilities continued, and eventually the treaties were modified to reduce the reservation land and completely remove the Utes from the entire state except a small corner in the southwest. In 1881, all of the northern bands and the Uncompahgres were sent to a reservation in Utah. After removal of the Utes, Fort Garland was abandoned when soldiers were ordered to relocate to Fort Lewis across the San Juan Mountains to the west. 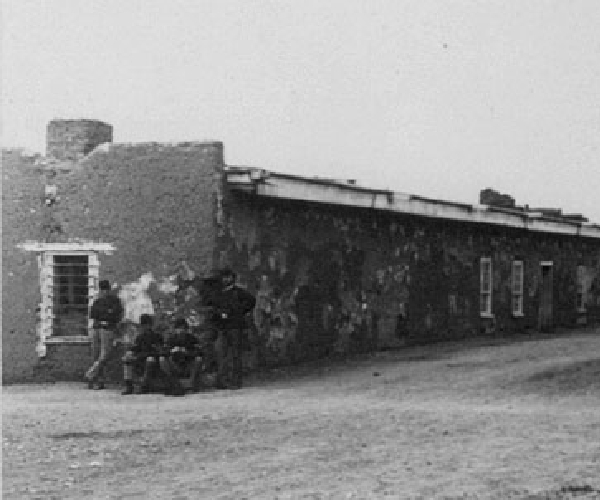 Between the close of the Mexican American War and 1861, the San Luis Valley had been situated within the New Mexico Territory. On February 26, the Territory of Colorado was established by Congress with its boundaries almost identical to today’s state line. The exception was the southern boundary, which was drawn along the 37th parallel, almost but not quite where the state line lies today. Counties were established soon after. Costilla County occupied the eastern and northern portions of the valley with San Luis as its county seat, whereas Guadalupe County encompassed the western side north to the Rio Grande. Seven days later its name was changed to Conejos County with its county seat bearing the same name. It was not until 1913 that Alamosa County was carved from portions of Conejos and Costilla counties.