The block of San Juan Avenue and Main Street in Alamosa was overflowing with colorful decorations, lively music and cultural dancing this past Saturday for Cinco in September Block Party.

Community members began arriving early to find the best seating in anticipation of the performances. Hew Hallock, president of the board for the Sangre de Cristo National Heritage Area took the stage to welcome the crowd to the annual event. 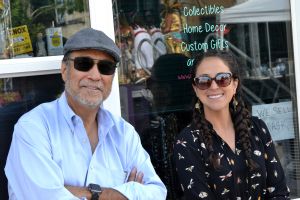 Judge Martin Gonzales and Katie Dokson followed next to discuss the nation’s earliest and longest-unheralded victory in the war against Hispano/Mestizo educational segregation that took place in Alamosa, CO. In 1912, The Hispano children of Alamosa were forced to attend a separate school on the south side of the tracks. The Alamosa School Board at the time argued that the Spanish speaking students needed language support and they should attend classes taught in Spanish in their own school building. Despite the fact that the area had long been a part of the United States, and the families were American citizens, the reference was made to “Mexican” and “American” families. Francisco Maestas and other members of the community tried to switch their children’s school to the English speaking school because their children were fluent in English. They were denied. They petitioned for change with a resolution that was signed by 180 families. They were denied. They staged a boycott in protest, an action the school district later seized upon to claim Maestas wasn’t interested in his son’s educational progress. The boycott went on for three months. They organized further and with the help of the SPMDTU they took the school district to court. And won. 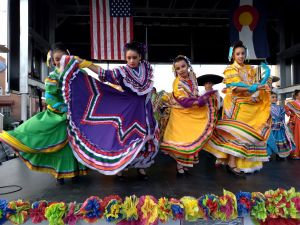 The next performers were Las Semillas de la Tierra, a local Folklorico dance group through Adams State University. The group ranges from beginner to advanced and they perform a variety of traditional dances in full costumes from Veracruz, Jalisco, Azteca, Baja Norte and Sinoloa regions. The group was started by Patsy and Herman Martinez in 1972 and is now led by Domingo Estrada. 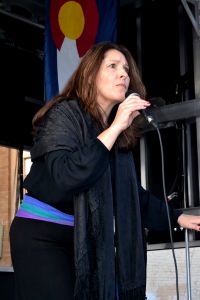 As the sun began to set Rosalia de Aragon Pacheco took the stage as “La Llorona, the Wailing Woman”. La Llorona is a traditional Hispanic folktale that has been told for centuries and in many variations. Aragon brings to life La Llorona in her interactive presentation with music, dance and storytelling that captures the essence of Spanish Colonial heritage and traditions of the Southwest inviting several individuals in attendance to help tell the story.

After the dances warmed up the crowd, Lluvia Negra, from Taos, NM took the stage with their Spanish rock and had the crowd on their feet dancing for the remainder of the night. 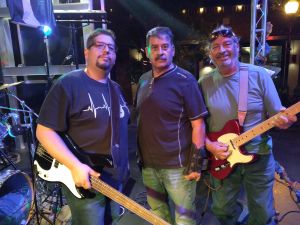 A successful block party takes collaboration and many locals worked together to make this a success including the City of Alamosa, San Luis Valley Brewing Company, and Sangre de Cristo National Heritage Area. A special thanks to Alamosa Elementary for the wonderful decorations! 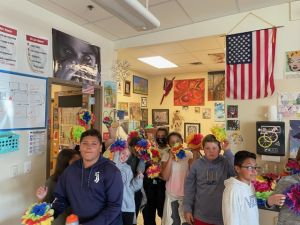 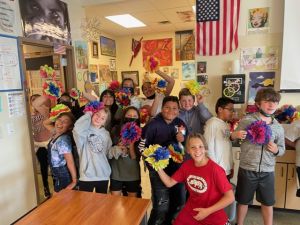 The event ended around 11 p.m. with an estimated 500 in attendance throughout the evening.

To learn more about history, heritage and culture of the San Luis Valley please visit www.sangreheritage.org.