Many German settlers arrived in the San Luis Valley looking for land after the Homestead Act was passed. They were former soldiers, miners and trappers and homesteaders from other failed settlement locations. One such failed location was on the other side of Mount Blanca. German immigrants came from Chicago to Kansas and then on to the Wet Mountain Valley. With no knowledge of the West, farming, management of resources; many of the camps failed and people left and sought land they could farm and apply for individual homesteads.  After the Civil War, the passage of the Homestead Act and the Indian Treaty enabled former Cavalry soldiers to use their mustering-out scripts for the payment of homestead claims. There were several soldiers that had been stationed in Guadalupe that purchased land. One notable German settler of the area was Peter Hansen who started out selling butter and ended up as one of the biggest ranchers in Conejos County and often lent money to others struggling to make it, regardless of ethnicity. 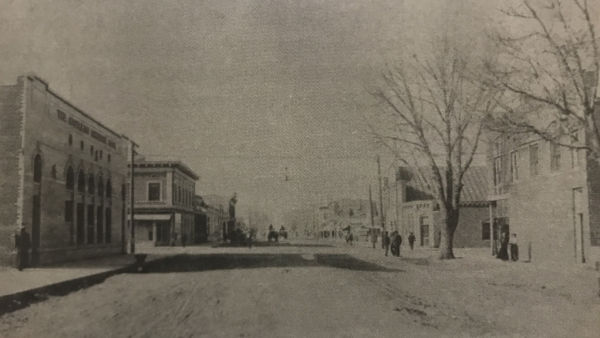 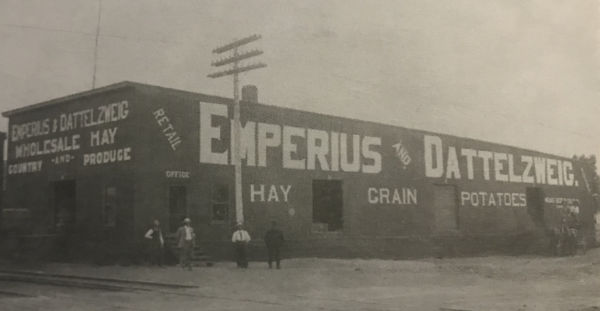 During the early 1900s Alamosa grew to become the center of transportation, commerce and agriculture in the San Luis Valley. Many of the people that came on that train were German immigrants interested in the availability of opportunities in new towns and the abundance of cheap lands. Many of these immigrants had first settled in Chicago. After Chicago’s great fire of 1871, when the city was destroyed and thousands lost their lives and homes, a great exodus of families came westward in hopes of a new beginning. One of these newcomers to the San Luis Valley was the Emperius Family, who first settled in Del Norte then moved to Alamosa. Herman Emperius was an important business owner, developer and public servant for Alamosa County.

During World War II, 250 German prisoners of war were brought by train from Trinidad to work and live in the San Luis Valley; mostly on farms in the Alamosa’s closet town to the west, Monte Vista. The work detail was voluntary; any POW who wanted to quit could go back to Trinidad. By the end of the war some 650 German POWs resided here. When the war ended many went back to a broken Germany, and some returned to the San Luis Valley.