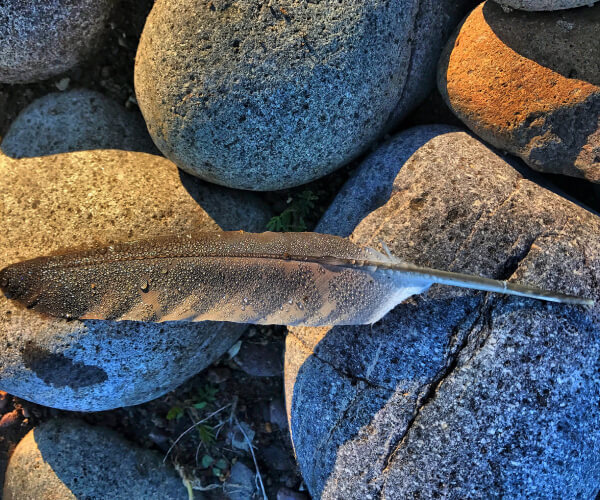 The Ute Tribes had occupied the Great Basin of Utah and traveled into western Colorado by at least 1400AD, and maybe as early as 1100AD in search of better hunting, which they found as they moved eastward into the mountain areas of Colorado.

When the Utes first came to this area they had no horses, did not practice farming, and they fashioned their tools and weapons from stone. The Utes were primarily small game hunters and gatherers, collecting piñon nuts, roots, seeds, and grass. Much of their game included rabbit, antelope, deer, mud hens, and fish, as well as snakes, lizards, and insects. Each family unit hunted in a certain area. When winter approached and game became scarce, the Utes were forced to migrate to warmer areas such as Pagosa Springs or along the Gunnison and Uncompahgre rivers between Montrose and Grand Junction farther to the west. Several routes were regularly used during these migrations, including Poncha Pass and Cochetopa (or Buffalo) Pass. Mosca Pass was used often, as well as Medano Pass, to gain access to Wet Mountain Valley. Wolf Creek and Cumbres Pass led the Utes in and out of the southwest country as did Rock Creek. Campsites and rock art remain along these routes as evidence of their passage.

When spring came the Utes would gather for their ceremonial bear dance and social activities before moving out in small family groups again for summer living. When danger threatened from the Arapahoes, Cheyennes, Comanches, Kiowas, Sioux, or Pawnees (who also used the valley for
seasonal hunting), the Ute families grouped together for defense.

The Spanish first arrived between 1630 and 1640 and their arrival changed things for the tribes. First encounters were peaceful and trading flourished. The Utes traded meat and hides for trade goods from the Spanish, but above all they bartered for the horse. With the use of the horse and faster mobility the Utes’ hunting grounds spread over the mountains to the east where they found the buffalo in plentiful numbers. Now they had a resource that provided them with tepee covers, blankets, sinew thread, bowstrings, horn glue, skin bags, moccasins and more meat than they had ever known. The horse also allowed them to invade and withdraw quickly and they become more warlike and aggressive while defending their lands from the influx of traders, trappers and settlers.

In the 1830s, Anglo-American trading forts were constructed in northern and western Colorado, and the Utes’ relationship with New Mexico began to deteriorate. Indian conflict in the valley came to an end when Chief Ouray made a treaty with the United States in 1868, after which the Utes were moved to a reservation in western Colorado.