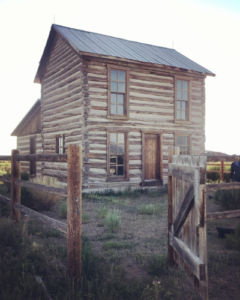 Located in the Sangre de Cristo National Heritage Area along the western boundary of Great Sand Dunes National Park and Preserve are two historic homesteads that provide a representation of the Hispano-American expansion into the American southwest.

During the mid 1800’s a new wave of New Mexican sheepherders were moving north to occupy lands in southern Colorado. At the same time Anglo-American cattle ranchers were moving west from the plains states as well. Both livestock owners were trying to expand and thrive in the new lands of the San Luis Valley.

One well known pioneer of the San Luis Valley was Teofilo Trujillo. Teofilo homesteaded a ranch at the base of the Sand Dunes to raise both cattle and sheep with sheep predominating on his ranch. Teofilo moved from New Mexico with his family to ranch in the San Luis Valley. Fred Bunch, Chief of Resource Management for Great Sand Dunes National Park and Preserve states that, “Teofilo Trujillo’s house has been described as one of the finest homes in the San Luis Valley.” It was an adobe style home that he raised his son Pedro Trujillo in. Pedro was a first-generation American and his personal life mirrored the outward cultural tensions between traditional Hispanic lifestyles in contrast to the agricultural practices of the Anglo-Americans moving into the area. This can be visually reflected in the construction of Pedro’s two-story log dwelling that adopted Anglo-American construction styles. Pedro filed for his own homestead when he was only 17 where he lived with his wife Sofia and had 9 of their 13 children at this homestead. Pedro decided he would not raise sheep like his father but would instead raise cattle and horses. Pedro warned his father that sheep would cause him trouble in the expanding lands of cattle country. 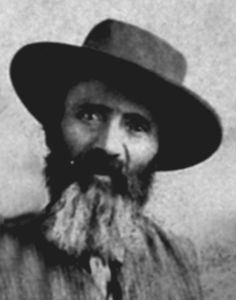 Tension between the cattle ranchers and the sheepherders was palpable as they disputed over grazing lands. Teofilo owned one of the largest sheep herds in the valley and was the target of the cattle ranchers’ intimidation. After 4 decades of being on his land, this intimidation escalated to an attack by cattle operators. In January 1902, 90 head of sheep were slaughtered and more were driven away by employees of cattleman George Dorris. In February 1902, the home of Teofilo Trujillo was burned to the ground(including a reported $8,000 in cash), after he refused to sell his land to a cattle rancher. In March of 1902, Teofilo Trujillo sold his ranch and its water rights to cattlemen Loren B. Sylvester and Richard W. Hosford of the Medano Ranch for $30,000 and moved to the town of San Luis. His son Pedro also sold his ranch in the same transaction. Pedro moved to the Sargent area, where he purchased land with water rights and later served there as a deputy sheriff. Trujillo descendants believe that Pedro moved at the same time to avoid a similar fate, stating that “even if Pedro raised cattle and not sheep, he was still Teofilo’s son and faced the same dangers.”

In the San Luis Valley it seemed the range war was not just between owners of sheep and owners of cattle but between persons of different cultural backgrounds trying to  learn to coexist. 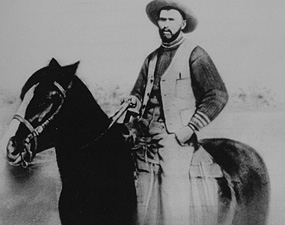 In January of 2012 the both Teofilo and Pedro’s Homesteads were designated as a National Historic Landmark. This designation recognizes the importance of the family’s two Colorado homesteads as representations of the part of the settlement history of the San Luis Valley in the United States. Hundred of artifacts have been found on the homesteads that illustrate the day to day lives of the Trujillo family. Other important artifacts relating to Native American culture have also been found like grinding tools and pottery fragments. Today the Trujillo Homesteads are part of the Zapata Ranch, which the Nature Conservancy now owns and preserves. Education is an important part of SdCNHA as well as other agencies like the National Parks Service and the Nature Conservancy. Passing on knowledge about the Trujillo Homesteads is as an important part of maintaining this historic site.  Recently there have been some guided tours of the  Trujillo Homesteads National Historic Landmark, which is not publicly accessible, to share this history with the descendants of the Trujillo family, local youth at the 2015 Preserve America Youth Summit, researchers, archaeologists and historians.

“History cannot give us a program for the future, but it can give us a fuller understanding of ourselves, and of our common humanity, so that we can better face the future.”
Robert Penn Warren