The history of settlers of Japanese descent in the San Luis Valley has been recorded as taking place in three distinct periods. The first group included transient laborers for the growing railroad industry in the SLV. The 1910 Census shows that there were 11 Japanese individuals dwelling in Conejos County. The earliest evidence is the cemetery records which show that a gentleman by the name of Uzo Kano died and was buried on June 25, 1912 in the Monte Vista cemetery. 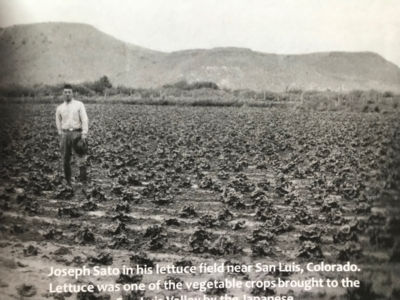 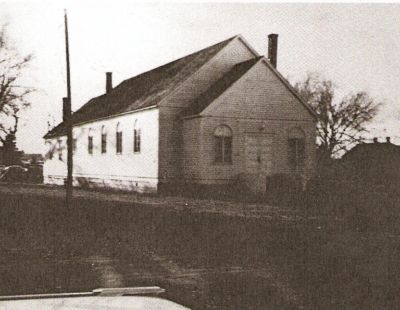 The second group includes those who came in the 1920s. Many Japanese who came to the San Luis Valley traveled here from California on the sales pitch from land sales companies, such as, the Costilla Estates Development Company and the Gibson Land Company. They brought with them a new style of farming that expanded the economic development of the area to include small plot farming, often referred to as truck farming. They harvested crops like lettuce, spinach, carrots, peas, cauliflower, broccoli and cabbage. They shipped these crops on the railroad from large packing sheds in Fort Garland, Blanca, San Acacio and La Jara.

The first Buddhist church was established in La Jara in 1937. There was also a church in Blanca and some people practiced their religion in their homes.

The third group occurred when Japanese Americans living in California were relocated to the interior of the U.S. to internment camps or with the sponsor program.  The era of World War II was difficult for Japanese-Americans, as their loyalty to the United States was questioned. Although they had lived here for decades, congressional exclusion acts denied them citizenship. The Government gave Japanese a choice, to move inland if you had a sponsor(someone you knew) or to go to an internment camp. Some of the Japanese had family in the valley and so they chose to relocate here. They  lost some rights and had limitations placed on them by the US Government. They were not able to travel more than 20 miles from their homes. Guns and cameras were confiscated. They were also not allowed to congregate, which prevented them from attending the Buddhist Temple in La Jara and other religious gathering places.

The stories of the Japanese of the San Luis Valley were recorded in a project titled: A Journey of 6,000 Miles–an Oral History of Japanese Americans in Costilla County, CO. This project was made possible by many locals who contributed their stories, time and money, including but not limited to: Cathy Serna, Kay and Deko Shioshita and Anita McDaniel, the Friends of the Fort Garland Museum and the Sangre de Cristo National Heritage Area.