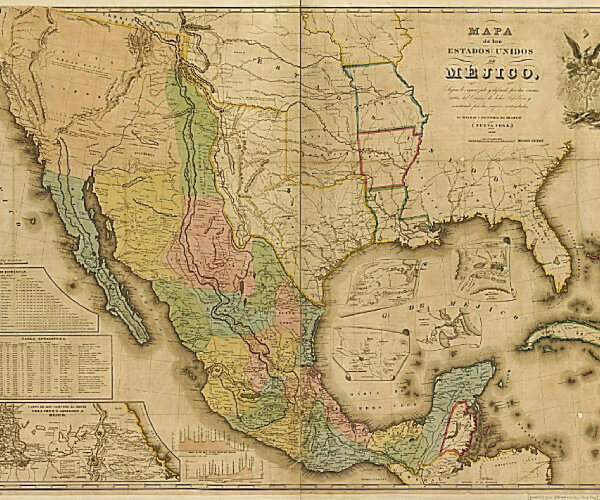 In order to promote settlement, reward patrons of the government, and create a buffer zone to separate hostile Indians from the more populated regions of New Mexico, Spain (and later Mexico) made land grants to individuals, towns, and groups throughout its northern frontier lands. The number of grants made between the end of the 17th century to the middle of the 19th century total about 295.

The first land grants in present-day Colorado were executed during the era or Mexican rule in the 1830s:

The Conejos Grant boundaries covered most of present-day Conejos and Rio Grande counties. It was described as “extending north to La Garita Mountains, east to the Rio Grande, south to San Antonio Peak, and west to Sierra Montosa.” The Conejos Grant was originally made not to an individual but rather to a group of 50 families on the condition that they affect a settlement on the grant. However, Indian hostility prevented them from beginning any attempts to settle the land until 1842, when the original grantees and their heirs petitioned for the grant to be revalidated. Since the original paperwork could not be located, a new grant, in the names of Julian Gallegos and Antonio Martines, was made to 84 families from Taos, El Rito, Rio Arriba, Rio Colorado, Abiquiu, and other villages in northern New Mexico. This reinstatement of the grant, however, did not abate the Indian attacks and settlement stalled for several more years.

The Sangre de Cristo Grant, located in present-day Costilla County, was granted to Narciso Beaubien and Stephen Luis Lee in 1843. The Sangre de Cristo Grant began “one Spanish league above the mouth of Trinchera Creek, from which point the boundary ran straight northeast to the summit of ‘Sierra Madre,’ or Blanca Peak. From there the boundary followed the spine of the Sangre de Cristos southward along the Culebra Range to take in the headwaters of Costilla Creek and then ran generally northwest to meet the Rio Grande”. No settlement, however, was attempted until 1848.

1836-Beginning with the Texas Revolution in 1836, lands to the east of the Rio Grande were claimed by the Republic of Texas when it declared its independence from Mexico. This boundary was disputed by Mexico, which recognized the Nueces River farther to the east as the dividing line. Texas was never able to effectively control the region.

1846- The contested territory became a trigger for the Mexican American War, which began on May 13, 1846.

1848- Mexican American War ended on February 2, 1848 with the Treaty of Guadalupe-Hidalgo. This treaty provided for the Mexican cession of more than 500,000 square miles in exchange for 15 million dollars. The ceded lands included all of present-day California, Nevada, and Utah as well as most of Arizona, New Mexico, and Colorado (west of the Rio Grande). Mexico also relinquished all claims to Texas and recognized the Lower Rio Grande as the southern boundary of the United States, placing the entire San Luis Valley firmly under the undisputed control of the United States.