Voices of the Valley Oral Histories

Language carries the culture and stories transport the past.

Collecting community memories involves a program that records oral histories, family photos, photography of artwork and hand crafted items, recipes, songs, and traditions. This lets each individual contribute what they feel is an important part of their heritage, and their community’s heritage, within the broader context of the region’s history.

Since so much of the cultural significance of the Sangre de Cristo National Heritage Area stems from its residents; their traditions, families, faith, and communities. It is important to the heritage area that voices of individuals and groups have their interpretations and memories recorded. Voices of the Valley is an oral history study that explores the rich historical and cultural legacy that has shaped life in the San Luis Valley by interviewing locals to help answer the question, “What is the meaning of this place and how am I connected?”. Heritage pride and community memory grows as more of these important narratives are recorded.

This project, protects and celebrates living heritage resources, language, art, traditions, spirituality, and sites associated with traditional cultural practices. It fosters understanding and pride in cultural identity and community spirit among residents of all ages, those who’s families stem from this part of Colorado and the broader history of Colorado.

The Spanish Dialect of the Upper Rio Grande Region 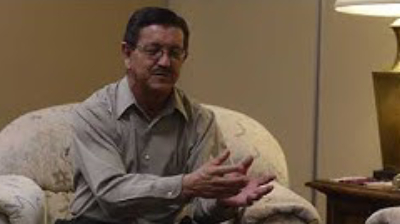 The Spanish dialect of the Upper Rio Grande region of northern New Mexico and southern Colorado is a study of the evolution of a language, and the preservation of the archaic forms of the Spanish language.  This Spanish dialect is an amalgamation of many languages and cultures. Numerous invasions in the early history of the Iberian Peninsula influenced the early development of the archaic language.  The invaders contributed aspects of their cultures, practices and languages.  It was this evolving language that the Spaniards brought to the Americas in the late 1400s and early 1500s.

The archaic influences of the 15th and 16th Centuries Spain that remain in practice today in the Spanish dialect of the Upper Rio Grande region include words such as “asina” así  (thus or like this/that) in today’s modern academic Spanish, “muncho” mucho (much), “recio” rápido (rapidly/quickly), and “truje” traje (I brought).

The first people in what today is known as the Iberian Peninsula (Spain) were the Iberians who established settlements during the late Bronze Age in the 6th Century B.C.  Many of their vocabulary words are now considered Spanish.  A couple of examples are “conejo” or rabbit, and “manteca” lard.

A last name that is from the Iberian people is Garcia.  The Celtics were the first invaders during the 4th Century B.C. and they left behind such words as “camisa” shirt, and “caballo” horse.  The last names of Lujan from the Celtic Luhan, and Maldonado from MacDonald are still in existence in todays’ world.

The Greeks arrived in 900 B.C. and they gave us such words as “angel” or angel, and “escuela” school. The last name Griego literally means Greek.  In 409 A.D. the Germanic tribes invaded the peninsula and they contributed some militaristic words that became part of the Spanish lexicon.  “Guerra” war and “hierro” iron are a couple of examples.  Germanic origin last names in today’s Spanish are Rodriguez meaning son of Rodrick, and Guerrero meaning warrior.  From time to time the French entered the peninsula as merchants, not as invaders.  They too contributed to the Spanish vocabulary with such words as “vinagre” vinegar and “javón” soap.  Last names include Archibeque meaning Archbishop and Du Pont.

The most formidable invaders in 219 A. D., were the people from the Roman Empire, and their Latin language.  The majority of the Spanish vocabulary stems from the Latin language.  Some examples are “mañana” tomorrow, and “hombre” man.  Last names such as Martinez, son of Martin and Villaseñor, the man (governor) of the town derive from Latin.  Finally in 711 A.D. the last invaders were the Moors,or Arabic people from northern Africa.  Their influence in agriculture, science, math, industry and other cultured aspects were significant.  A few words are “acequia” ditch, “alfalfa” alfalfa, and “arroz” rice.  Some last names are Medina and Borges.

This compilation of influences in the Spanish language is what the Spaniards brought with them to the New World.  Upon arrival in the Americas, the Spaniards discovered many before unknown objects.  The easy solution was to pronounce the native speakers words as closely as possible to the original sound but using Spanish inflections and sounds.  From the Nahuatl language of the Aztecs (who called themselves the Chichimeca) many words were incorporated into the Spanish language.  Today, in the Upper Rio Grande dialect, some Nahuatl words in common usage are “zoquete” mud, “jején” mosquito, and “tecolote” owl.  When the Spanish northern movement occurred, the Spaniards encountered the Pueblo people along the banks of the Rio Grande.  From these Tewa speaking people, the language adopted such words as “tewa” buffalo-skined sandles, and “cunque” coffee grounds.

Once the Spanish settled these northern regions, additional encounters with speakers of other languages continued the evolution of the dialect; and by now the distinct dialect in use today.  The first explorers from the east were the French fur trappers.  These explorers shared their vocabulary and inter-married with the Hispano pobladores.  Some French words in use today are “puela” skillet and “chamuz” chamois.  The expansion movement by the newly established United States brought English speaking people.  Examples of English words adopted by the Spanish speakers are “cuques” cookies and “tíquete” ticket.

Today’s Spanish dialect of the Upper Rio Grande region is the culmination of all of the above mentioned influences that have been passed on through the ages.  This unique Spanish dialect is unlike any other in the Spanish speaking world.  This Spanish dialect is a marvelous example of the fluidity of language as it evolves; and it is an example of the adaptability of people as they experience and express the world around them.  It is incumbent upon us to practice, teach and document these unique linguistic characteristics in order to preserve this tremendous treasure that needs to be valued as an important aspect of the history and culture of the Spanish speaking people of the Upper Rio Grande region.

Referring to irrigation or the ditches which carry water for irrigation

The mud, usually prepared with straw for strength and formed into bricks, used to build homes and other buildings.

Religious hymn of praise to God, the Virgin Mary or the saints

Statue or carved wooden image of a holy person places in the church or the morada. Often the head is carved and the body is dressed in vestments.

As written in old Spanish deeds, meant strips of land at the sides of buildings, to be kept clear for the drainage of rain falling from roof canals. Also, houses erected in uninterrupted single file that formed the walls of the fort-like villages during early settlements.(see plaza).

A bed spread, a type of couching stitch or a textile embroidered with this stitch often used as a tapestry.

A healer who traditionally uses natural herbs and home remedies to cure the sick. Curanderos or folk practitioners.

The “Mountain Tract” or common land given to the people for their use by Carlos Beaubien. (see La Sierra).

A foreigner or a stranger to the land; often referring to Anglos.

People, in the San Luis Valley the Hispanos often refer to themselves as La Gente or The People.

An English speaking white person from the United States.

The presiding officer of a morada in a Penitente brotherhood.

An early building technique with rows of vertical poles(varillas), filled with mud to form a wall.

The skinned poles used as ceiling beams in adobe homes. These poles are laid in a herringbone fashion and serve as lath for the adobe on top.

A Spanish league is a straight line of 5.000 varas.

The town square or the center of the village. Also, the early villages which were built in a fort-like arrangement with each house connected to its neighbor for protection.

Remedies or medicines, often a home variety used by curanderos.

Paintings of saints or holy persons on wooden panels.

A carven wooden statue of a saint, a bulto.

A person who carves a santos or bultos.

Sierra means a saw or mountain range. A “sierra circular” is a buzz saw, but “La Sierra” refers to the “Mountain Tract” or common land given to the people.(see ejido).

A neighbor. Historically a citizen of good standing.

A wake. A vigil for a deceased person or saint involving processions, hymns, prayers and a midnight supper.

A verse or rimed quatrains.

To learn more about the archaic dialect used in the Sangre de Cristo National Heritage Area you can purchase the classic reference book for the region written by linguist and folklorist Ruben Cobos on  Amazon.