This beautiful and bountiful landscape, much of it protected, serves as the foundation for the region’s agricultural economy and its tourism and recreational activities. Whether it is the region’s water, soils, wetlands, forest, or dunes, all of these resources interact within a living cultural landscape that continues to evolve over time.

The dunes are thought to have formed about 12,000 years ago when the Rio Grande, full of glacial meltwater from the melting of Ice Age glaciers, spread sand and other debris across the San Luis Valley. After the valley dried out, winds are thought to have carried the sand for centuries to the foot of the Sangre de Cristo Range. The dunes cover an area of 40 square miles and is open to the public year-round. Play in the waters of Medano Creek, summit and sandboard the tallest dunes in North America, hike the rocky mountain trails, camp under the dark night skies and watch for amazing wildlife.

In addition to preserving and interpreting the animals, plants and ecosystems, Great Sand Dunes National Park and Preserve also interprets the early cultural history of the Sangre de Cristo National Heritage Area. Topics include prehistoric hunters and gatherers, the more recent Ute, Apache and Navajo cultural connections and the evolution of settlement, use and development of surrounding lands. The park offers free education programs for schools and other groups as well as regularly scheduled interpretive programs in the warmer months. 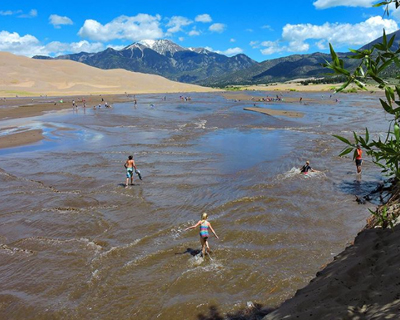 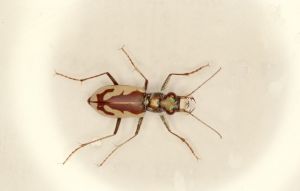 The Great Sand Dunes National Park and Preserve is the only place in the world where one can locate a tiger beetle.

Through evolution over thousands of years, the tiger beetle is able to withstand lethal temperatures and scouring winds. The surface temperature at the Great Sand Dunes  National Park and Preserve can reach up to 140 degrees, and can dip below freezing in the winter. Land managers report that the tiger beetle has been able to survive with the protection of the National Park as it is being closely monitored. The tiger beetle is an intricate part of the ecosystem and directly affects the food chain, their protection is vital.

(Information and images taken from: National Park Service and the Denver Post) 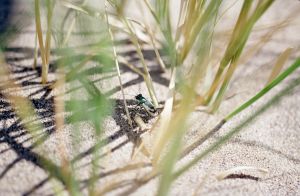 The Alamosa National Wildlife Refuge along the east bank of the Rio Grande contains more than 12,000 acres of wetlands within the ﬂoodplain of the Rio Grande. Meadows, river oxbows, and riparian corridors support high species diversity and create ideal conditions for viewing waterfowl, songbirds, and other wildlife. The USFWS maintains two trails that provide views of the wetlands, the Rio Grande Nature Trail and Bluff Nature Trail, which are self-guided with some wayside exhibits. 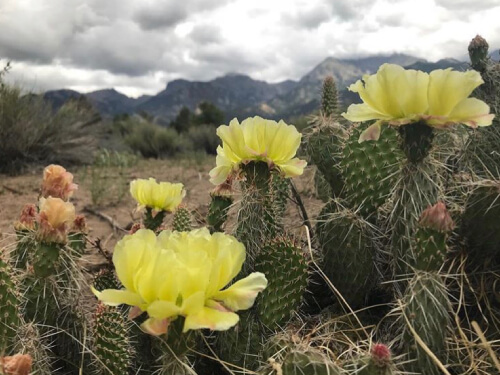 The Baca Wildlife Refuge straddles Alamosa and Saguache counties, bordering Great Sand Dunes National Park and Preserve to its north and west. Its 85,000 acres were established to help protect water resources in the San Luis Valley, the fragile great sand dunes ecosystem and some of the most important ecological, cultural, and wildlife resources of the Valley. Water is the lifeblood of the San Luis Valley. The runoff from the surrounding mountains and groundwater flows are crucial to the many land uses in the Valley. These waters create a network of riparian corridors and wetlands that break up large expanses of desert and upland habitats, resulting in high plant diversity. The area is also rich in historic and cultural resource sites, some of which date over 12,000 years ago. The Refuge abuts lands owned or controlled by other conservation entities including The Nature Conservancy (TNC), the National Park Service (NPS), and the Colorado State Land Board. This complex of lands, totaling more than 500,000 acres, contains one of the largest and most diverse assemblages of wetland habitats remaining in Colorado. The Baca National Wildlife Refuge is currently closed to public access. Environmental assessments area currently ongoing in response to oil and gas exploration claims by Lexam Explorations, which owns subsurface mineral rights below a portion of the property. 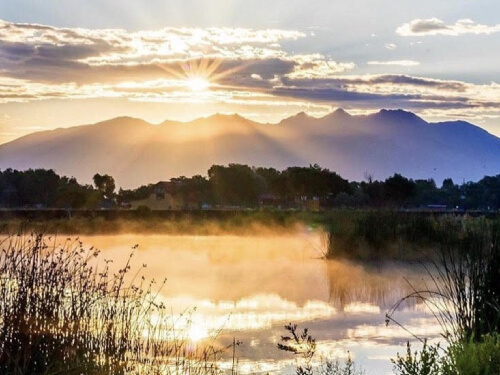 The Monte Vista National Wildlife Refuge lies mostly within Rio Grande County and contains approximately 14,800 acres along the far western edge of the heritage area. Starting in 1952, a series of water works were created there to restore some of the wetlands that were common throughout the valley when it was ﬁrst settled. Each spring and fall, approximately 20,000 migrating sandhill cranes along with large numbers of migrating waterfowl use the refuge as a major stopping point. This migration is one of the San Luis Valley’s greatest spectacles and is celebrated every spring in early March at the Monte Vista Crane Festival. A self-guided driving trail with some wayside exhibits and wildlife viewing areas offer visitors an opportunity to learn about the refuge’s wetlands and many wild inhabitants. 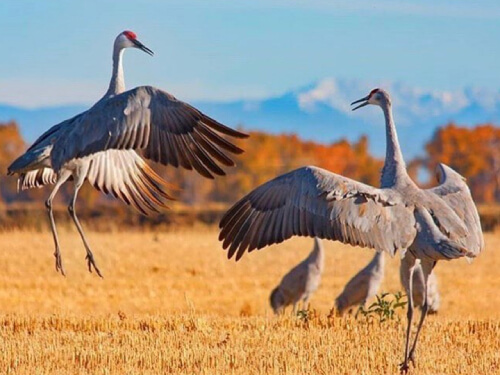 The Sangre de Cristo Wilderness designated by Congress in 1993. In 2000, roughly 42,000 acres were transferred from the management responsibility of U.S. Forest Service to the National Park Service with the creation of Great Sand Dunes National Preserve. It comprises 220,803 acres in total. Within Alamosa County, the larger wilderness protects the western face of the Sangre de Cristo Mountains, including Zapata Ridge and the headwaters of Zapata Creek. 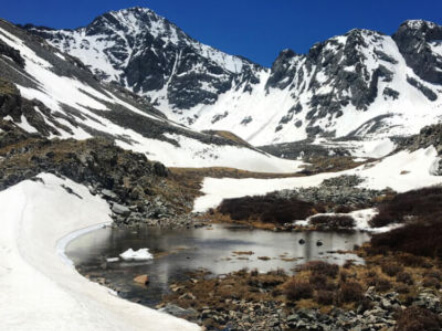 The South San Juan Wilderness was designated by Congress in 1980. It includes 158,790 acres, which overlay a portion of the Rio Grande National Forest. It represents millions of years of volcanic activity followed by glacial carving. Typified by steep slopes above broad U-shaped valleys, its imposing terrain contains high peaks and cliffs, as well as jagged pinnacles and ragged ridges. Elevations rise as high as 13,300 feet. The Continental Divide crosses through this wilderness area as it passes in and out of Conejos County. Thirty-two lakes, most of them formed by glacial activity, hold much of the area’s moisture and drain into turbulent creeks. The Conejos and Alamosa rivers have their headwaters here. Forest ecosystems range from lodgepole pine to aspen, which transition to Engelmann spruce and subalpine ﬁr before rising to alpine tundra. 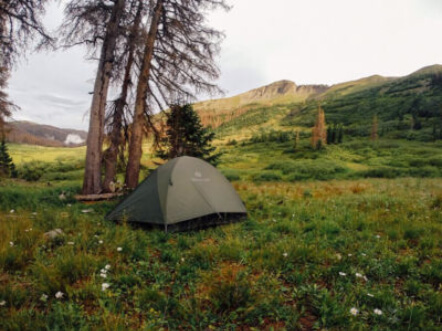 The Great Sand Dunes Wilderness was designated by Congress in 1976 and totals 32,643 acres found entirely within the bounds of Great Sand Dunes National Park and Preserve. Rolling sand dunes comprise the bulk of this wilderness. Its southern reach contains a significant portion of Medano Creek. Northwestern portions adjoin the Sangre de Cristo Wilderness where fields of sand transition to subalpine forest. 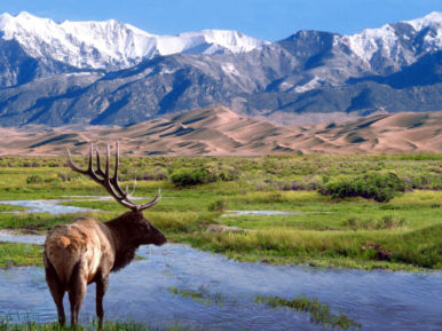 State wildlife areas (SWAs) are state- or privately-owned lands that offer state-managed, wildlife-related recreation to the public. While most activities focus on hunting and fishing, each SWA has different allowed activities based on location and available resources. These parcels of SWA land are paid for by sportsmen and sportswomen, and managed under state law by Colorado Parks and Wildlife employees for the benefit of wildlife. CPW manages about 350 SWA lands around the state.

The Rio Grande Natural Area (RGNA) is a distinctive landscape in south central Colorado, in the Sangre de Cristo National Heritage Area near the New Mexico border. It includes the Rio Grande River corridor and its breathtaking cliffs, bluffs, canyons, and river views. This remote area is where Don Diego de Vargas, the Spanish governor of colonial New Mexico made the earliest documented entrada into present day Colorado in 1694.

The RGNA was established by the Rio Grande Natural Area Act in 2006 in order to conserve, restore, and protect natural, historic, cultural, scientiﬁc, scenic, wildlife, and recreational resources of the natural area. Stretching 33 miles, its boundaries include the Rio Grande, from the southern boundary of the Alamosa National Wildlife Refuge to the New Mexico state line, plus lands extending one quarter of a mile on either side of the river bank. The RGNA encompasses approximately 8,800 acres, of which 5,900 acres (67%) is private land and 2,900 acres (34%) is federal lands managed by the Bureau of Land Management (BLM). The RGNA includes a 33-mile stretch of the Rio Grande River, which is also the boundary line between Conejos County to the west and Costilla County to the east. On the Costilla County side, the land is mostly privately owned except for a parcel of county owned land near State Highway 142. The Conejos County side is split approximately 75-25 between BLM and private ownership. 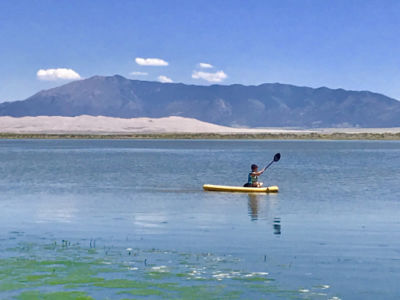 San Luis Lakes State Park is located in Alamosa, to the west of Great Sand Dunes National Park and Preserve.

The serene location has incredible views of the Sangre de Cristo Mountains and boasts 51 campsites with showers and electrical hook-ups. Visitors can enjoy fishing, water sports, hiking and wildlife viewing. 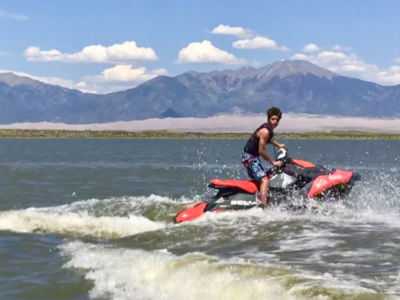