Railroads and mines were integral economic activities in the late nineteenth century. Following the 1859 discovery of gold in Colorado, development of the San Luis Valley escalated. Precious metals, gold and silver found in isolated pockets in the Sangre de Cristo and San Juan Mountains attracted prospectors. With the miners came railroads, farms and cattle ranches.

By 1878, the Denver and Rio Grande Railroad had descended into the valley to Alamosa from La Veta Pass. Subsequent railroad lines linked Alamosa to Española, New Mexico and Antonito to Chama, New Mexico. As a result of the railroad lines built through the end of the nineteenth century, towns such Antonito grew and flourished.

The Cumbres & Toltec and Rio Grande scenic railroad in Antonito is a popular visitor attractions that provides a broad experience of the landscape. The arrival of the railroad in the late 1870s was a defining element in shaping the valley’s history. Today these two rail lines are centerpieces of the region’s visitor experience.

Railroads were once necessary conduits for trade and travel that connected small towns to each other and to distant cities and trade hubs. Today these trains help visitors take a step back in time and experience the scenic and historic regions of the Sangre de Cristo National Heritage Area.

Travel 64 miles between Antonito, Colo. and Chama, N.M. on a network of three-foot-gauge tracks, built by the Denver and Rio Grande Railroad in 1890. The line helped to sustain the ranching and logging activities in northern New Mexico and southern Colorado and formed a link for the transportation of precious metals from the San Juan mining camps to Denver.

The train has been featured in films including “Indiana Jones and the Last Crusade”, “Bite the Bullet”, “A Million Ways to Die in the West” and “Hostiles”.

Currently the Sangre de Cristo National Heritage Area is a partner in supporting the Engine 168 and Historic Car Project. This initiative will recreate an authentic Denver and Rio Grande passenger train experience as it would have been over 100 years ago.

You can catch a daily ride on the steam engine from May 25th through October 20th. There are also specialty rides that feature food, music, photography, geology and botany among other themes.

Learn more about the excursions, history and ongoing projects at https://cumbrestoltec.com 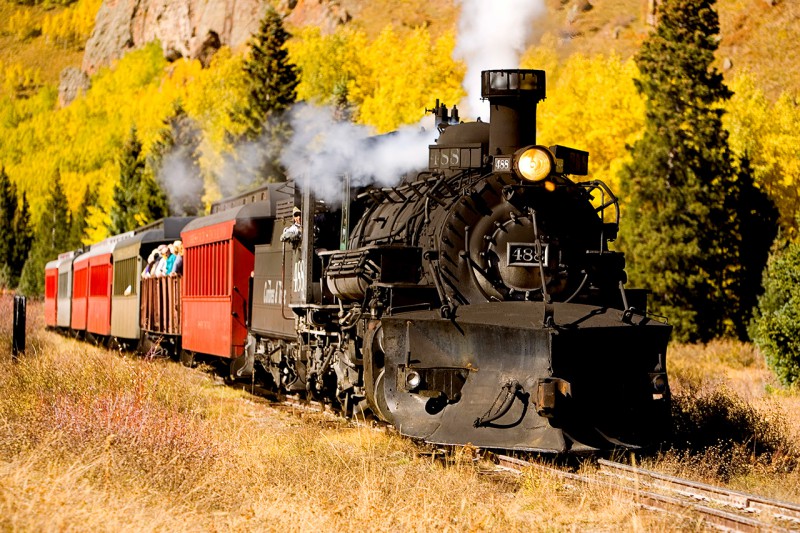 Alamosa, originally called Rio Bravo, the town was platted as the Alamosa Town Company in 1878, only two months before the railroad reached it and has been the center of rail commerce for the San Luis Valley since. During its boom years, from 1890 to 1950, the rail line was used to ship in ore, lumber, cattle, sheep and farm products from the San Luis Valley as it began to grow as a powerful agricultural community and in turn, shipping out its agricultural and mining products. After the 1950s, the track was used exclusively for freight until becoming part of Premier Rail Collection in 2006. (https://www.premierrails.com/) 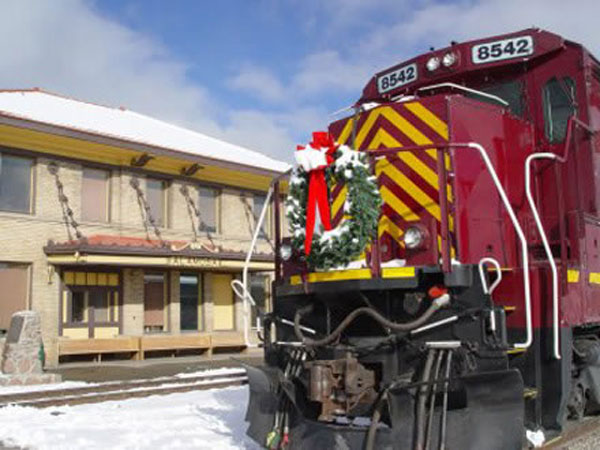 The Sangre de Cristo National Heritage Area was once home to the shortest standard gauge railroad in the world, the San Luis Southern. A group of Colorado Springs investors purchased a part of the original Sangre de Cristo Land Grant and their development company built a 31.38-mile standard gauge railroad from Blanca to connect the planned communities of Hamburg, Jaroso and the railroad headquarters town of San Acacio. The town plan for Hamburg was large, with street names in German, and was expecting an influx of German immigrants from Hamburg, Iowa. When that didn’t happen the town name and town plan was changed to Mesita. After 15 years, the settlements were unsuccessful and the railroad was purchased by a group of businessmen from Denver who changed the name to the San Luis Southern Railway, the name changed again in 1954 to the Southern San Luis Valley Railroad Company. One original engine is now housed in the Railroad Museum in Golden, Colo. By 1957 the miles of track had been abandoned. You can still see the San Acacio station in San Acacio on road 142 between San Luis and Manassa. 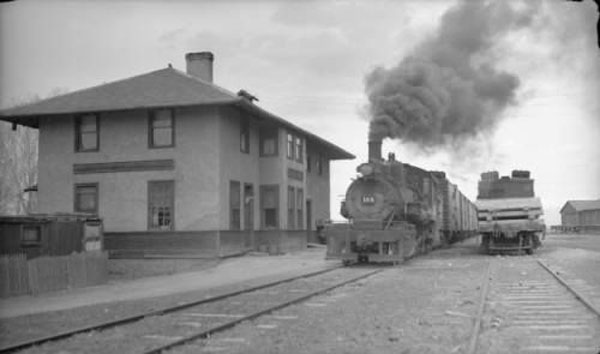