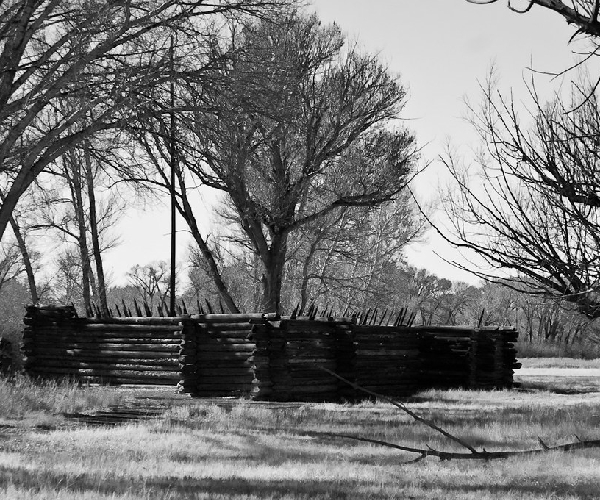 1803–Trappers came to the San Luis Valley shortly after the United States purchased Louisiana from France in 1803. The San Luis Valley was still officially under the control of Spain, which considered trapping for trade illegal. Traded goods mostly consisted of beaver pelts and buffalo hides.

1807–Lieutenant Zebulon Montgomery Pike led an expedition to explore the western portion of the Louisiana Territory, whose boundaries, which were understood to be the upper reaches of the Arkansas River Valley, were still being contested. In January 1807, he crossed over the Sangre de Cristo Mountains via Medano Pass and recorded his famous observations of the San Luis Valley – the first American to do so. He was apprehended shortly thereafter by the Spanish at a stockade camp on the Conejos River, and later released.

1821–After Mexico gained its independence from Spain in 1821, American trade with Santa Fe increased substantially. Much of this eastern trade came by way of the Santa Fe Trail, which linked Santa Fe with Missouri. While this trail passed far east of the San Luis Valley, a cutoff route utilized by trappers and other travelers going to Taos (the Taos Trail) cut through the Sangre de Cristo Mountains and then turned south through the east side of the San Luis Valley along Sangre de Cristo Creek. Trappers based in Taos ranged throughout the San Luis Valley, the Sangre de Cristo Mountains, and rivers along the Front Range, and worked in this region from the 1820s through 1840. While temporary settlements and trading posts were likely established in the valley, no known record of these sites remains.