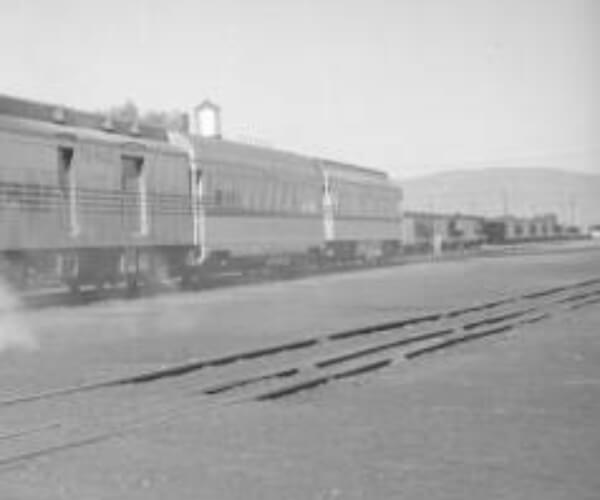 Since the late 16th century the Rio Grande corridor through the San Luis Valley had been a known travel route used by early Spanish explorers to access the northern reaches of their colony. By the early 18th century, such routes, most likely adapted from Indian trails, were well established and frequently used by explorers, traders, and military expeditions. By the 19th century, several of these routes were improved as wagon roads, either by toll road builders or government road builders.

The two most important early routes included the Spanish Trail and the Taos Trail. The route now known as the Old Spanish Trail actually consisted of a network of trails that passed through six western states. Through time the trails evolved into established trade routes that linked the villages of northern New Mexico to Los Angeles. The “North Branch” of the Old Spanish Trail carried traffic through the San Luis Valley. It is believed there were several routes that comprised this Northern Branch, both to the east and west of the Rio Grande. The eastern route travelled past Costilla, New Mexico, on its way to San Luis, Fort Garland, and Crestone before turning westward over the San Juan Mountains at Cochetopa Pass. Today Route 159 essentially follows this historic route as far north as Fort Garland. The western route, which is still under investigation, may have connected Ojo Caliente, New Mexico, with Conejos and Monte Vista before heading north over Cochetopa Pass.
In 1821 when Mexico gained its independence, the focus of trade shifted east. The Santa Fe Trail was established as a major overland trade route linking Franklin, Missouri with Santa Fe, and opened up much of southeastern Colorado to settlement. While the main route of the Santa Fe Trail passed east of the Sangre de Cristo range, the Taos Trail (or Trappers Trail as it was known), linked Taos, New Mexico. and the San Luis Valley to the Santa Fe Trail via Sangre de Cristo Pass, continuing northward toward Pueblo, Colorado, and Laramie, Wyoming. Its alignment generally followed that of the Old Spanish Trail towards Fort Garland before heading eastward along the Sangre de Cristo Creek.

When Colorado gained territorial status in 1861, the development of transportation infrastructure quickly accelerated. In that same year, two ferry permits were granted to cross the Rio Grande. One was located near the juncture of Trinchera Creek (Stewart’s Crossing), which connected Conejos with Fort Garland, and the other near the Piñon Hills which connected Conejos with Costilla. Bridges soon followed, to include one near the juncture of Rio Culebra. These locations continue to serve as major crossings today.

Several toll roads were also constructed throughout the San Luis Valley during the latter half of the 19th century. Some of the most significant included a toll road was built by the Denver and San Luis Valley Wagon Road Company in the late 1860s to operate between Denver and the valley. This line crossed South Park and Poncha Pass and ran through the San Luis Valley on the Conejos Road as far as the New Mexico border. Otto Mears, a Russian immigrant turned entrepreneur, funded toll roads across Poncha Pass in 1867 and Cochetopa Pass in 1871, thereby opening up a route over the San Juan Mountains to the west. Entrance to the San Luis Valley from the east continued with Sangre de Cristo Pass Wagon Road, chartered in 1864, which essentially followed the Taos Trail.

Stage lines were also established on the Taos Trail and on the Santa Fe Trail. The principal need was for transportation of people, but almost as important was the transport of freight and mail, which constituted a large part of the profit for the stage companies. In 1866, mail to the San Luis Valley traveled from Pueblo over Sangre de Cristo Pass and entered the San Luis Valley at Fort Garland, then south to San Luis, Costilla, and on to Santa Fe (Scott, 4): the stages traveled as rapidly as the drivers could get the horses or mules to run. Teams were changed about every 10 to 15 miles at stations where extra stock was kept in order to provide rested and vigorous animals that could maintain the schedules. These stations were called “swing” stations but they provided little comfort to the passengers, as stops were only long enough to provide for the changing of the teams. About every fourth station was equipped with a kitchen and dining room so that the passengers could take meals along the routes. These stations were called “home” stations. Some of them had beds, but generally the stages did not stop for the night and the passengers had to sleep in the coaches as they traveled through the night. Because of the sparseness of trees along the stage routes, many of the stations were simply dugouts along the banks of streams or some stations were made of adobe or, rarely, of logs or lumber (Scott, 3).

At the close of the Civil War, railroad development quickly marched westward. In 1870 William Jackson Palmer, a construction engineer with Kansas Pacific, filed for the incorporation of the Denver & Rio Grande Railroad (D&RG). Believing that a rail line from Denver to New Mexico and El Paso would be a lucrative investment, the D&RG utilized narrow-gauge tracks with only three feet between rails to negotiate the sharp, steep curves of the Rocky Mountains. Starting in Denver, the line reached Colorado Springs in 1872 and Pueblo by 1873. By 1876 it had reached La Veta Pass, and a year later Garland City sprung up as a temporary end-of-track town that lasted only until the D&RG reached the Rio Grande in 1878, where Alamosa eventually grew up around its shop and roundhouse.

Originally called Rio Bravo, the town was platted as the Alamosa Town Company by A.C. Hunt in May 1878, only two months before the railroad reached it. Anglo-American settlement and speculation soon followed. Alamosa quickly became the commercial center of the valley as banks, mills, stores, and other businesses located there. By the 1880s it had added two newspapers, a school, and a Presbyterian church.

The D&RG continued to lay track southward, eventually linking Alamosa to Santa Fe, and westward to Chama, New Mexico, via a San Juan extension from Antonito. This latter line opened up the Colorado towns of Durango and Silverton, both important mining towns. Antonito, which was built about a mile south of Conejos in 1880, became the principal community in the southern portion of the county. Antonito soon became a bustling settlement with its own railroad depot, a section house, a bunkhouse, a sawmill, numerous saloons and gambling houses, a hotel, a newspaper, stores, and three churches.

The economic downtown of 1893 and recession that followed discouraged further railroad development within the valley for almost two decades. The next railroads to be built were agricultural feeder lines to meet the needs of the growing farming communities. These included the San Luis Southern, later called the San Luis Valley Southern. This line operated between Blanca and agricultural areas developed on the Costilla Estate, and was completed in 1910. An extension was eventually built through Mesita to Jaroso. The other line was the San Luis Central, built from Monte Vista to Center in 1913. It primarily hauled sugar beets, lettuce, and other produce from the agricultural center of the valley to the D&RG tracks at Monte Vista. The San Luis Central still operates seasonally, but the other line’s rails were removed in 1958 with the exception of a mile and half of track between the D&RG and a shipping facility at Blanca.

Eventually the southern line (nicknamed the “Chili Line”) between Antonito and Santa Fe lost out to competition from the Atchison, Topeka & Santa Fe (AT&SF), a major competitor of the D&RG, and it was dismantled in the 1940s. The Cumbres Pass line to Chama continued to serve local passengers until 1951. In the early 1970s, in order to save it from being dismantled, Colorado and New Mexico cooperated in jointly purchasing the line and leasing it as a tourist attraction.